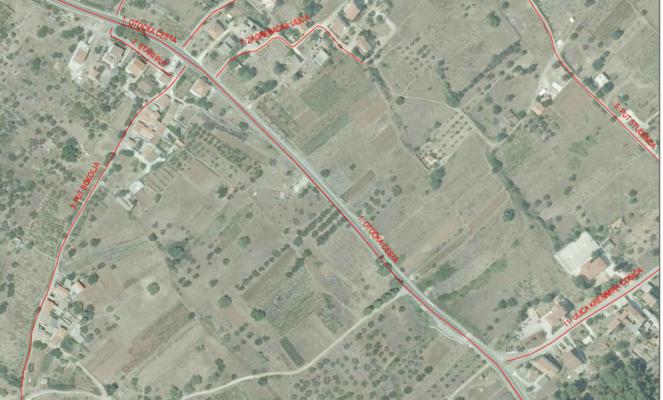 Kreso's parent's birth place, Dobropoljana on Pasman Island across from Zadar, is giving back to Kresimir Cosic who put them on the map.

Recently a mural was painted at the enterance of the village and the main street that enters Dobropoljana was named after Kresimir Cosic. Soon we will be seeing Kreso's memorial center, welcome signs with his name on them and a statue!

Pasman Mayor, coincidently named Kresimir Cosic, who was named after this great basketball legend said:
'We plan to build a memorial center for Kresimir Cosic. His family and the Kresimir Cosic Association will be involved in the process. We also asked the Croatian Olympic Comittee, Croatian Basketball Federation and the government for finalancial help. The center will be built by the basketball court where he as a child spent his summers playing basketball. We also plan to build a life size statue of Kreso as well as setting up welcome boards upon entering Dobropoljana where it will be evident that Kreso was originally from there.'

This basketball hall-of-famer is already givien tribute in Zagreb where a square is named after him, in Vukovar and Zadar each with Kresimir Cosic streets, on Ugljan Island a palace bears his name, in Opatija he has a star on their walk of fame, in Provo (Utah) his Jersey was retired at BYU, and in Zadar he has his statue looking at the Kresimir Cosic Sports Hall.

Since 1998 the Croatian national basketball cup bears the name - The Kresimir Cosic Cup.